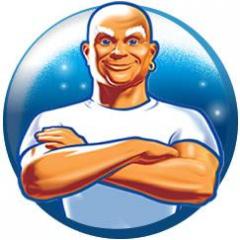 -The two parts are required

-Before installing DB Comics, save the local.cdb, for return to a normal database later. But it's not necessary if you have French Community Database. FCD and Comics are compatible.

-You can install the database without any risk, it does not replace anything, you will always have your real career and race unchanged.

-Comics are available in three language, choose your among english, french and spanish at the beginning of the installation

- photos for the totality of riders.

- Realistic heights and weights (in the measure of possible).

- Faces for more than 100 riders! Every rider will a face corresponding to him the best.

- Favorite races and climate conditions for the most important riders.

- Entire reconstruction of the season calendar to stick in the best way possible with the "mood" of the database. The totality of the races will be fantasy races never seen before in PCM, many often in well known universes (Tour of the Middle Earth, Tour of Springfield, etc...)

- Modification of the number of participants at every race.

- For the first time ever in PCM, races like the sprint pro challenge are directly integrated and playable in career mode.

- Logos and leader jerseys for the all races.

- New in race commentaries and sounds.